Assignments for 10.03.2021
Reading and retelling.  Learn all the unknown words and retell the text.

Lewis Carroll was the pen-name of Charles Dodgson, an English writer and author of two of the best-loved children’s books in English Literature – “Alice’s Adventures in Wonderland” and “Through the Looking Glass”. The characters and phrases from these books have entered and become part of the English culture so if someone calls you “Mad as a Hatter”, you know whom to thank.

Charles Dodgson was talented in many ways. Apart from being a creative writer, he was also a Mathematics Don (professor) at Oxford and a well-known logician. He was interested in photography and music. He sang very well, played chess and enjoyed creating and solving puzzles.

Charles Dodgson was born on 27 January 1832 and spent the first eleven years of his life at Warrington, Cheshire where his father was the priest. His family was large; his parents had 11 children, 4 boys and 7 girls.

Charles was educated first by home-schooling, then at two boarding schools, and finally at Christ Church College, Oxford. Later in life, he remembered his boarding school experience without any warm feelings. Still, he was an excellent student and studied very well in all his subjects.

When a new Headmaster arrived at Christ Church College, he brought with him his family. Dodgson became the family’s close friend. The Headmaster’s little daughters, the youngest of which was called Alice, enjoyed his company very much. Charles often entertained the girls by telling them stories about imaginary worlds with fantastic creatures.

The story about the adventures of little Alice became popular all over the world. “Alice in Wonderland” is primarily a children’s story, but adults have enjoyed the novel for over a century together with children.

Many elements of “Alice” were not completely new. Talking animals, for instance, or the story idea in which a child or children are carried away from reality into a fantasy world. However, it was Carroll who established a new motif that would be used again and again in children’s literature: Peter Pan, The Wonderful Wizard of Oz, the Narnia books, and the Harry Potter books. That is the possibility for the main characters to travel back and forth between the real world and wonderland.

Though his characters travelled a lot between one world and another, Charles Dodgson himself didn’t like being away from home. The only occasion on which (as far as it is known) he went abroad was a trip to Russia in 1867. 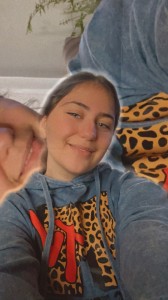